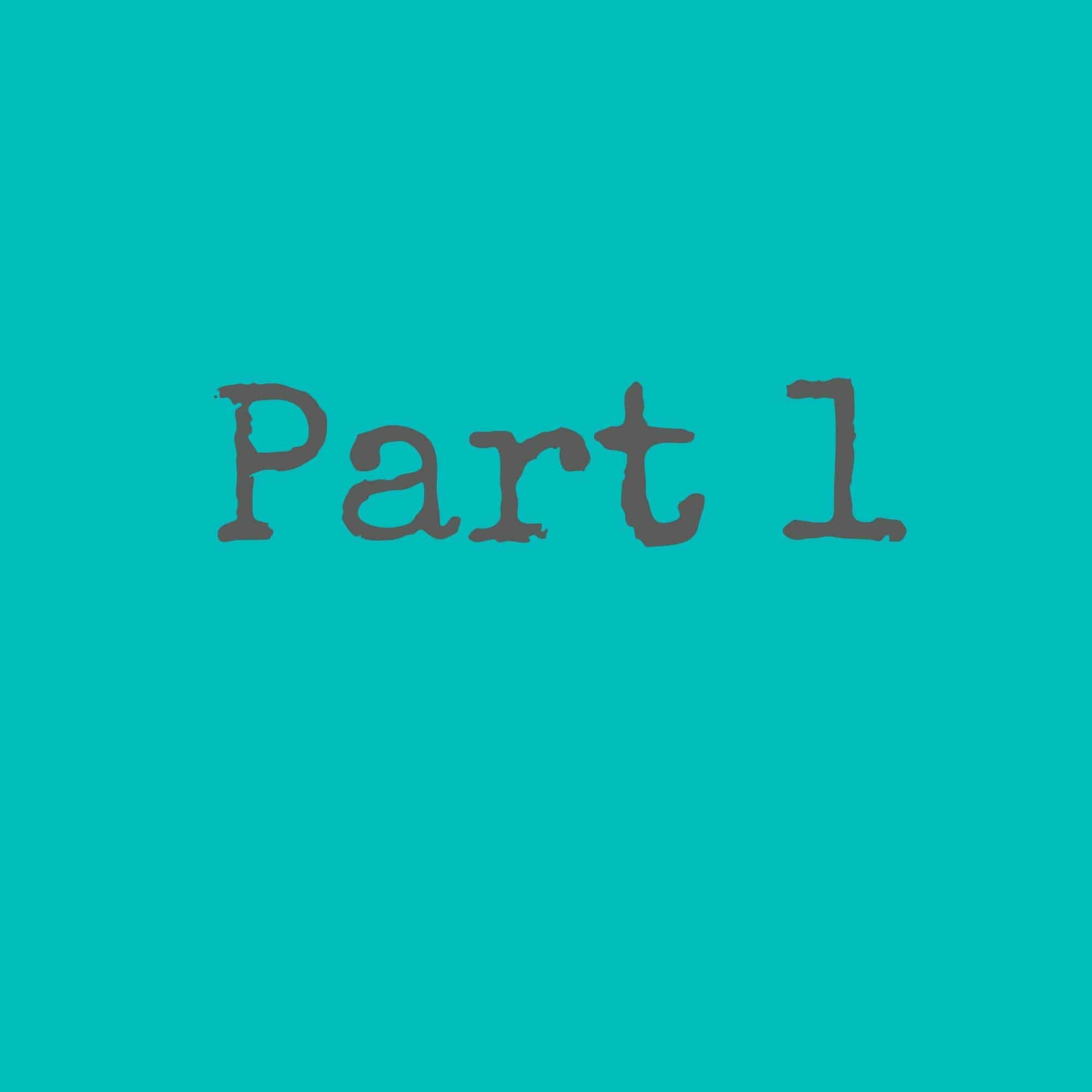 Throughout my teens and early twenties I was always relatively fit and active and within my healthy weight range. I played social netball throughout school and university had a gym membership as soon as I was working. I had my daughter when I was 26 and although I gained a lot of weight, with healthy eating and regular gym workouts I was back to my ‘normal’ weight within eighteen months. At 28 my life changed. I was living life as a single mum and

juggling the demands that working part time and raising a young child brings, however I was still able to manage a relatively healthy lifestyle and regular exercise and maintain a healthy weight.

Soon after I turned thirty I returned to full time work and this suddenly meant a lot less time for myself. Long work hours and lack of planning led to weight creeping on until I had gained 21kgs at my heaviest (61kg – 82kg). At 163cm tall 82kgs my BMI landed me in the ‘obese’ range. I was unhappy, no, miserable.     I refused to buy nice clothes as this wasn’t the ‘real’ me. I was frumpy, lumpy and avoided social situations unless it was with close friends or family and refused to have my photo taken.

I tried a range of quick fix diets, you name it I tried it – shakes and endless Very Low Calories Diets, fruit only until lunch, fat blaster tablets the list goes on. They were all essentially the same – limited weight loss (they were all too restrictive and boring to sustain), limited exercise (you couldn’t exercise as you had no energy) and all resulting in me regaining any weight I did lose, and then some. I was an 80kg yo-yo!

In early 2011 I had a bit of a wake up call – ending up in hospital with kidney stones (pain worse than child birth!!). Because of this, along with the fact I was fast approaching 40, I decided that once and for all enough was enough and I had to do something about my health and weight. This time it had to be the good old fashioned, tried and tested way – healthy eating and regular exercise. 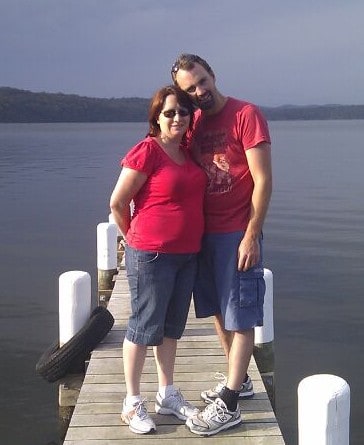 Oh Dear.. I’m not sure what is more embarrassing… my weight or that we are wearing matching clothes! January 2011

I set out to find a personal trainer to get me on track and keep me accountable – and found Angus. Training with Angus got me back into regular exercise and it wasn’t long before I started feeling better and seeing improvements. Those small changes inspired me to do more.

In July 2011 I signed up with a friend to complete a ‘mini triathlon’. The trouble was while I could swim and ride a bike (albeit slowly) I “couldn’t” run, and I was still 15kg overweight. With Angus’ supervision, guidance and encouragement, I eased myself into running on a treadmill. At first I had trouble lasting 30 seconds, but slowly built up the running time and lessened the walk breaks. I grew to love running and added 3 x 30 min treadmill runs to my week.

During this time I also started paying close attention to what I was eating. Again with advice from Angus I modified what and when I ate, but never considered myself to be on a diet. I slowly but surely started seeing the weight disappear. It was almost effortless. By my 40th birthday in November 2011 I had lost 15kg and felt more confident than I had in years! 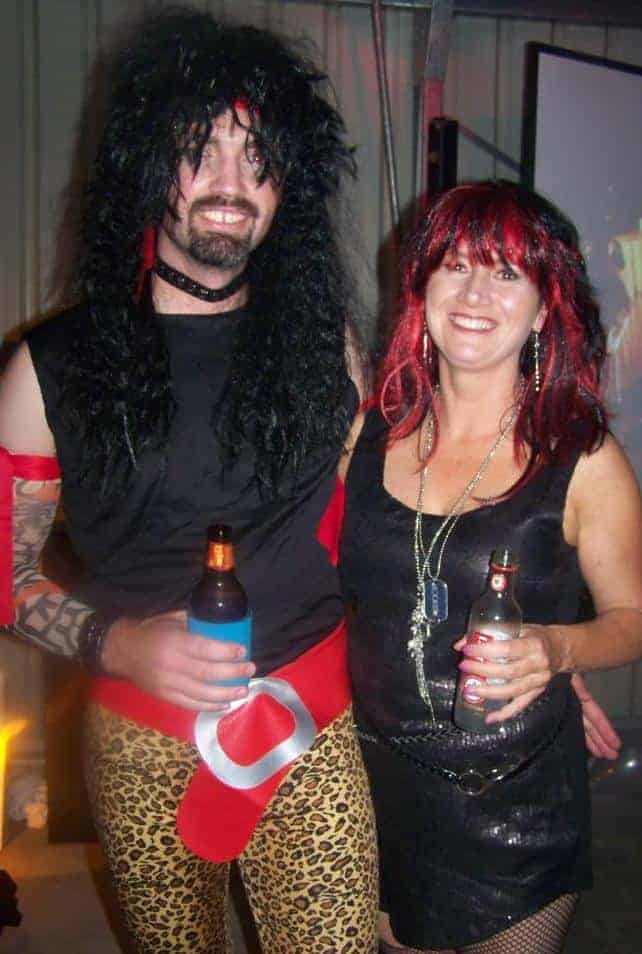 Don’t mind the drinks….. it was a celebration after all 🙂 November 2011

With the mini triathlon still two months away, I was keen to test out my new found love of running. I bravely entered my very first ‘fun run’ in early December (I never thought I would use fun and run in the same sentence). I was so overwhelmed that I spent the first kilometre trying not to cry and just pulling myself together. It only dawned on me running through St Kilda on a very cold December morning just how far I had come in such a short time.

That morning for the very first time, I ran 5km, WITHOUT STOPPING and completed the run in 31 minutes! I was so proud of myself that during the 3 hour drive home I kept telling daughter and fiancé over and over again ‘Guess what – I just ran 5km – WITHOUT stopping!!’. Luckily for me they are both very supportive and put up with me bragging the whole way home!

Over the summer I continued to train for the mini triathlon, which was held in January, and it was lots of fun. I finished the 300m swim, 9km bike ride and 3km run in under an hour and proudly wore the number texta’d on my arm and leg all day!

Christmas and all it's craziness is over and the focus shifts to the New Year.  You start reflecting on the previous 12 months, where you are now and where we would like to be, and realise that the resolutions you set last year (and the year before.... and the year...

The trouble with Spring

Spring is FINALLY here! It is my favourite season, despite suffering hay fever and having a bird phobia that peaks during magpie season! However as much as I LOVE spring, I struggle with what the season usually means, or implies, in the health and fitness industry....